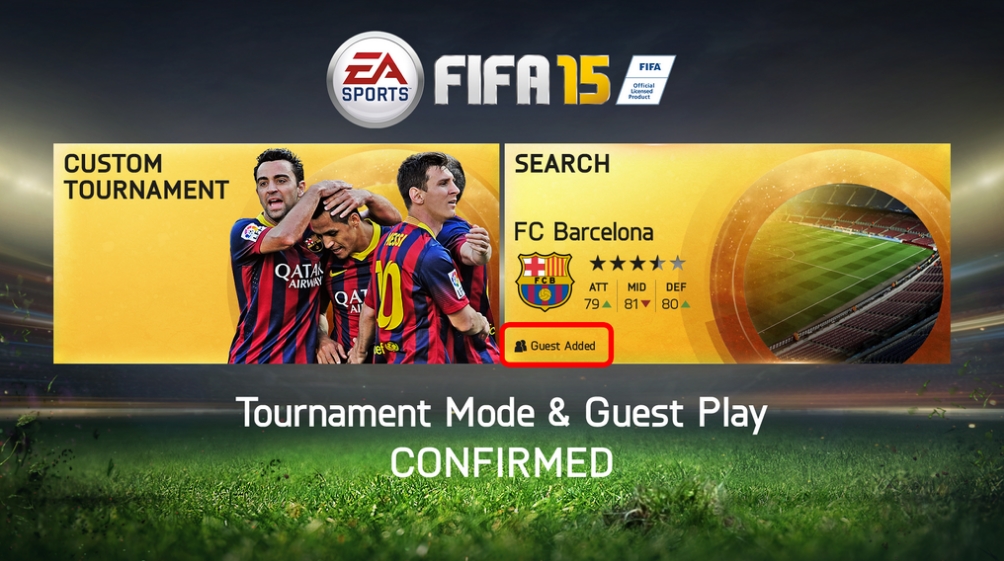 The most popular offline game mode makes a return this Autumn/Fall and it’s back with a bang as we showcase what’s new in the FIFA 15 Career Mode this year.

Team Management Revamped
There will be a new menu layout presentation-wise on FIFA 15 manager mode, as EA look to make it simpler for players to customise their squad and use clever tactics to become the ultimate manager.

1)Tactics can now be implemented as a default to each of your team sheets so that your way of playing is ready for the next match you play.
2)All of the formations are back and you can select a preset formation that you use quite often so it’s easier to pick before a game starts.
3)The player roles are all back like in previous versions but the only difference being the user-interface has been tweaked.
4)A great new feature is the player instructions where you can select up to 10 outfield players and get them to make overlapping runs or attacking runs to confuse your opponent and help out your strikers up front. You’ll also be able to give defenders instructions too, including tight marking on a deadly centre-forward and defensive positioning.

Player Growth & GTN
What’s really exciting out of all the news that’s come this year about the FIFA 15 Career Mode is that the player growth has been completely altered and we mean that in a good way. Before in titles gone by the engine was random and whenever you had a player say Ross Barkley from Everton as he’s nice and young and a great example to use.

One Career Mode he would go up to about 90 and another he would not go up for his entire career, no matter how much you played him or how good his performances were for your club. Now though the player growth and potential is going to be more realistic than ever before!

Older experienced players who’ve got a really high rating like Robin Van Persie or Pirlo for example, will not retire as quickly as they would previously. This is a really great move by EA and it’ll mean that players will no longer hang up their boots at a silly age of 28 or 29 like they did in 13 and 14. The overall engine of the player growth has really changed and players will develop their skills and attributes in a more realistic way. The highest potential players will go up in stats if you play them and how well their displays are with you, which is how it should be.

The GTN (Global Transfer Network) is back too! The only new addition to this already fantastic tool is that your head scout will now point out to you you’re own potential weaknesses in your squad including your starting lineup, subs and reserves.

The player search tool has had a makeover as well, with it now easier to find the player that you want and instant pop-ups of players will appear as you are typing away. The story-lines including the match day live feature will bring the latest real-time news straight to your feed in manager mode and deliver to you the latest headlines in the world of football.